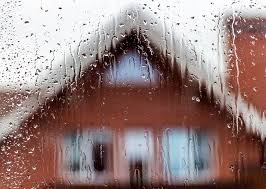 We hope you and your family are and healthy and finding ways to enjoy each other and your homes. We have been very busy with chimney and water leakage and want to share with you what to you need to know about water leakage and chimneys.

The causes of leaking chimneys can often be narrowed down to five reasons. If your problem isn’t solved by addressing the items on this list, your leak probably isn’t from the chimney!

1. Rain Going Straight in from the Top

Chimneys without covers get a lot of rain falling straight down into them. A chimney cover makes sense to most people. Not only does it keep the rain out, but it keeps birds, animals, and debris out. The greatest value of the chimney cover is really keeping everything out that could block the chimney, which can cause CO poisoning. While it’s true that sometimes an uncovered flue can be the source of water problems, most often, the reason for a leak is only when the liner is metal.

2. Cracks in the Chimney Crown

The flashing is what keeps water from going into the place where the brick structure comes through the roof. There is a gap between the bricks, and the roof and water will pour through that hole if it’s not sealed up. Flashing is often aluminum that goes in between a couple bricks and bends to go on top of the shingles. Often waterproof material and tar are used to seal those spots. Neither flashing nor tar last forever.

Bricks and mortar both pass water. The problem is the same as with the crown, the freezing, and thawing all winter with resulting damage, which causes leaks in the house. When water is absorbed into a brick or a mortar joint in the summertime, the water usually dries out after a while. The exceptions would be when that area is in the shade, and those walls stay wet.

Sometimes, a leak starts in a different place but finds its way to the chimney, and then visibly enters the inside of a room at the point of the chimney.

Water could get into the attic or above your ceiling and either drip to the floor or roll along the long piece of wood that spaces out the roof trusses and runs the length of your house, water can travel and even wind up at the chimney.

Our technicians can identify chimney leaks that may be occurring and can provide the needed repairs. The sooner problems are addressed, the more you can save on potential repairs costs.

SCHEDULE HERE FOR US TO TAKE A LOOK