At Boston’s Best Chimney, we are a full service chimney company specializing in every aspect of chimney maintenance and repair. If you would like a chimney cap installed or repaired, click here or call (781) 893-6611 to schedule a free estimate.

Here are our answers to some popular chimney cap inquiries:

What is a Chimney Cap? 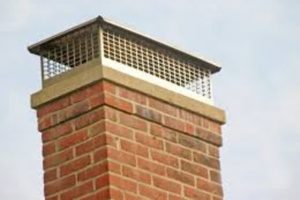 A chimney cap sits on top of the chimney and protects your flues from debris, rain, and snow. It covers the chimney like a hat and usually has mesh around it to keep animals out of your chimney.
Chimney caps sit on the uppermost part of the chimney, the crown, and is the first line of defense against the elements. The chimney crown also works to keep water out of the chimney, but the cap has the mesh sides to allow for venting

Do I Need a Chimney Cap?

We highly recommend having a chimney cap installed. Not only does it significantly reduce the amount of water that enters your home, but it also works as a spark arrestor, preventing sparks from existing the chimney onto your roof or nearby trees. Having a chimney cap can also prevent animals from entering and potentially dying inside of your chimney, which can cause health issues. Read more about why we think chimney caps are essential.

How Tall Should A Chimney Cap Be? 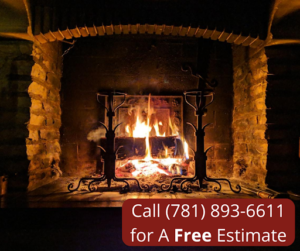 What is a Chimney Cap Made Of?

Chimney caps are most often made of stainless steel or copper and come with a lifetime warranties against defects and corrosion. Caps made or lesser quality steel often rust and can stain the chimney and surrounding roof.

Can I Install My Chimney Cap Myself?

A well-made and properly fitting chimney cap will make your chimney look finished and beautify your home. If you have a chimney without a chimney cap, or if your chimney cap is old or damaged, we are here to assist you. Click here or call (781) 893-6611 to schedule an estimate.