Will A Chimney Fire Burn Itself Out?

We all have that image of what a chimney fire looks like – flames shooting out of the chimney, loud noise like an airliner in your living room.   But, they’re not all like that.  Of course there are quick igniting and burning chimney fires like described, but there are also slow burning chimney fires that are far less dramatic.  Chimney fires are often caused by creosote build up, burning the incorrect type of wood, or going long periods without maintenance.  If your chimney is on fire, or even if you only suspect that it is, we recommend that you call 9-1-1. 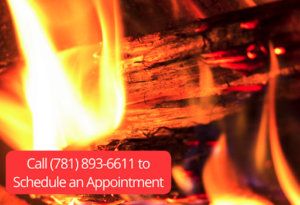 Will A Chimney Fire Burn Itself Out?

It is not safe to assume that a chimney fire will burn itself out. Though it is possible that it will eventually burn off and end, it is much better to call 9-1-1 if you have a chimney fire.

A chimney fire can potentially spread to other parts of your home and risk the lives of the people inside. At the very least, it can damage the internal exhaust system of your chimney.

What To Do If You Have A Chimney Fire

As we mentioned, it is best to call 9-1-1 if you’re experiencing a chimney fire. However, according to the Chimney Safety Institute of America, “​Slow-burning chimney fires don’t get enough air or have fuel to be dramatic or visible and they often go undetected until a later chimney inspection, but, the temperatures they reach are very high and can cause as much damage to the chimney structure – and nearby combustible parts of the house – as their more spectacular cousins.”  Therefore, it is essential to get annual chimney inspections to check for signs of a chimney fire.

How to Avoid Chimney Fires 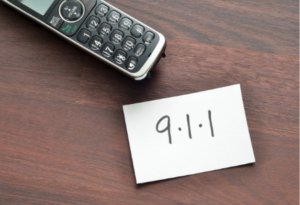 An annual chimney sweep and inspection will remove creosote from your chimney and will evaluate for other issues with your chimney. Besides preventing chimney fires, regular inspections and sweepings will decrease soot buildup and check for any obstructions. Regular inspections will help ensure that there are no carbon monoxide leaks in your home, caused by blocked areas of your chimney.

In addition, burning only dry, seasoned wood will reduce the risk of fire. Check out our blog on what not to burn in your fireplace for more information on what and what not to burn.

Do you need your chimney swept or inspected? No matter what service you are looking for, Boston’s Best Chimney is here for you. We are a full service chimney company that has been serving the community since 1989. Click here or call (781) 893-6611 to contact us.

The post Will A Chimney Fire Burn Itself Out? appeared first on Boston's Best Chimney.