Check Your Chimney Before Turning On Your Heat

Fall is here, which means that it is time to make sure that your home is prepared for the cold winter months ahead. Though winter does not begin until late December, you will likely want to use your heat and chimney long before then. That is why today we will discuss why it is important to check your chimney this fall before turning on the heat.

Best Chimney Services provides residential and commercial chimney services throughout the Greater Boston, MA area, including chimney inspections, chimney sweeps and much more. Click here or call (781) 893-6611 to get in touch with a member of our team. 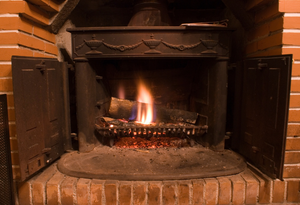 Why You Should Check Your Chimney Before Turning on Your Heat

There are several compelling reasons why you should check your chimney before turning on the heat this year.

Animals may have nested in your chimney during the spring and summer months. If your chimney smelled during the warm weather months, this is one of several signs that animals are hiding in your chimney. This is even possible if you have a chimney cap. Removing nests before using your chimney is an important safety measure to take because a blocked chimney increases the risk of CO poisoning in your home.

Debris often builds up in chimneys during the off season, especially since the world is in bloom during the spring and summer. As with nesting, debris build up in your chimney becomes dangerous when it is blocking the chimney passageway because it can cause CO to build up and enter your home.

Remember to Get An Annual Inspection

The Chimney Safety Institute of America recommends having your chimney inspected annually and swept annually or as needed. Since you need an annual inspection anyway, it is efficient to have this done before turning on your heat to prevent the issues that we have already discussed from happening. Read our blog about what’s involved in a chimney inspection if you would like to learn more about what to expect.

Do You Have a Chimney Cap?

Having a chimney cap is highly recommended! Besides helping to keep animals out of your chimney, they also prevent water from entering your house and act as a spark arrestor. A home with a chimney cap is much less likely to have issues with critters, but all chimney owners should still be aware of the possibility of nesting in their chimneys. After all, the chimney cap mesh requirement in Massachusetts is ¾ inch. Though most critters can’t get through this small of a space, some still manage to enter chimneys through chimney caps. Check out our chimney cap guide for more information! 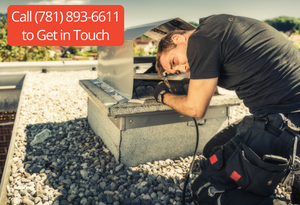 The autumn is an excellent time to have your chimney inspected, and the earlier that you make your appointment the better, since chimney companies quickly lose availability. Best Chimney Services has over thirty years of experience and looks forward to serving you. Call (781) 893-6611 or click here to book your inspection or to ask questions.

The post Check Your Chimney Before Turning On Your Heat appeared first on Boston's Best Chimney.