How to Stop a Drafty Chimney

Do you have a drafty chimney? If so, this is most likely a major disappointment. After all, your fireplace is supposed to add value to your home and keep your house warm and cozy during the cold winter months. The good news is that there are ways to stop a drafty chimney.

If your chimney has been drafty or if you are in need of any chimney service, our team is here to help.

We will now explain some possible causes of drafty chimneys, along with how to stop your chimney from being drafty.

Causes of Drafts and How to Stop a Drafty Chimney

Here are some reasons why your chimney may be drafty and tactics for preventing drafts.

Downdrafts are frequently the cause of a drafty chimney. Downdrafts happen when cold air from outside is able to enter the chimney and travel downward into your home.

Your chimney damper may also be causing this problem if it is old or not ideally positioned. Many chimneys have throat dampers, which are usually just above the firebox. These are too close to the fire and therefore unable to seal tightly enough. We recommend having a top sealing damper installed to ensure a tight seal and prevent downdrafting. 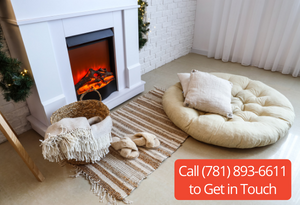 Sometimes, draftyness is caused by homeowners not using their chimneys correctly. Here are some tips for correct usage that will prevent drafts: 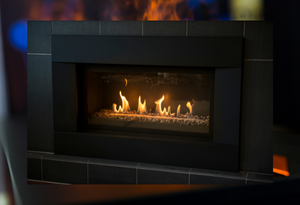 Fireplace inserts are an option in both wood burning or gas. Inserts for wood burning are placed inside the firebox, so you’re not using any additional floor space, and usually have blowers that circulate the heat to nearby rooms. Inserts for gas fireplaces are super efficient and allow you to turn on/off and adjust temperature via remote control keeping your home nicely heated.

The post How to Stop a Drafty Chimney appeared first on Boston’s Best Chimney.